please Register or Login to rate the article 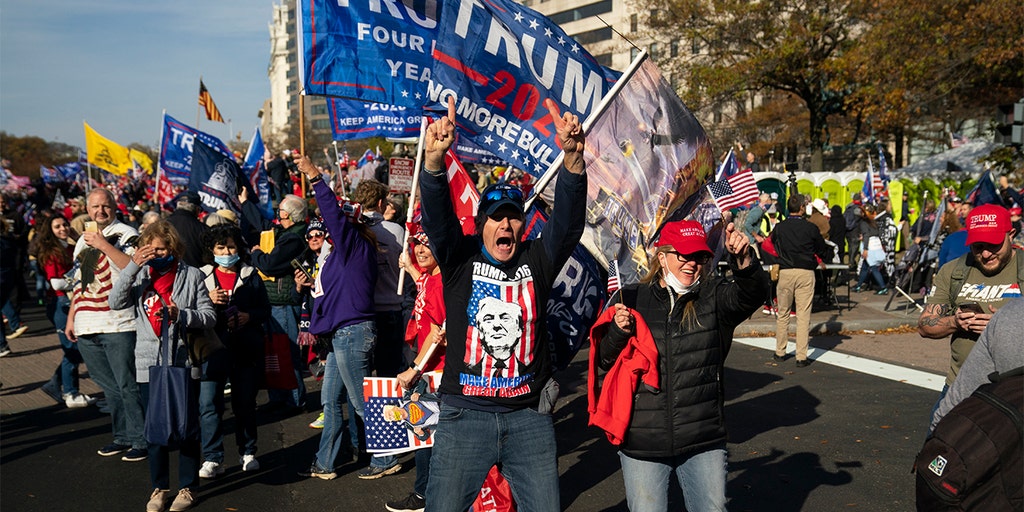 Supporters of President Trump gathered Saturday in Washington, D.C. -- echoing claims of voter fraud and urging him not to concede to President-elect Joe Biden -- and were rewarded by an appearance by Trump himself. Read More


Comments(by Registered Users who rated this article) - collapse all